In pullwinding, the structure obtained after polymerisation in the heated mould (the same kind as used in traditional pultrusion) has, however, superior rigidity due to the varying orientations of its reinforcements. 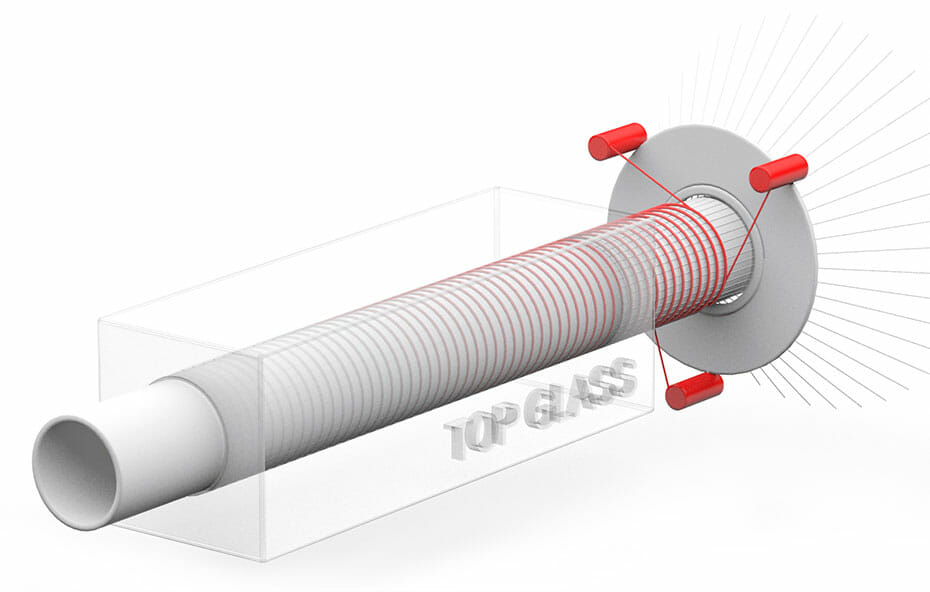